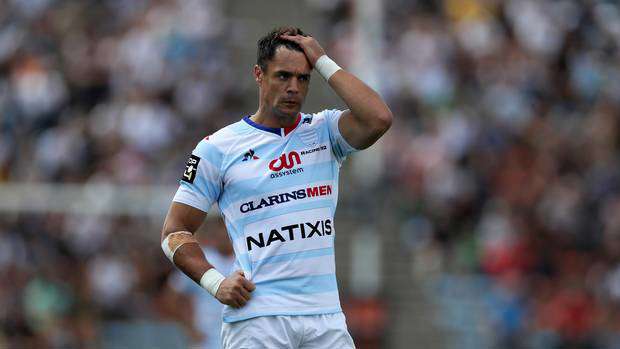 Dan Carter's controversial return to Racing 92 has hit a snag - after the former All Black first-five failed his medical at the French club.

The 36-year-old was set to link up with Racing 92, who he joined after the 2015 Rugby World Cup, as a short-term replacement for South African Pat Lambie, who was recently forced to retire after several concussions.

However, the club has since released a statement revealing that Carter would no longer be joining the club.

"As part of routine medical checks prior to the approval of players' licences, Racing 92 forwarded certain medical information to experts appointed by the Ligue Nationale de Rugby (LNR). Their opinion was unanimous: Dan Carter will not be able to play rugby in France," the statement said.

"We are very disappointed of course but ... the law is harsh but it is the law and we don't compromise players' health. We wish Dan the best for the future, a future at the same level of his immense career."

It wasn't immediately clear why Carter had failed the medical.

"Everybody talks about the big return of the star, whereas it's a guy of 36 years old who will take the place of a young Frenchman," Carcassonne coach Christian Labit said.

"I take offence to those who boast of singing these men and who advertise that it is the messiah who arrives. I would have preferred, if we are Racing, that we take the small number 10 and prepare it, but we prefer to be reassured by going looking for Carter. It annoys me."

Racing 92 boss Laurent Labit responded by saying that in French rugby everyone gives advice to everyone but does not apply it to themselves.

"Frankly, when I see Carcassonne, who are 10th in Pro D2, I wonder … Karena Wihongi, whom I know well, is 40 years old and Josh Valentine, their Australian halfback, is 36 years old," he told RugbyRama.

"To play in 10th place of Pro D2, I think that Christian Labit would do just as well with French players."