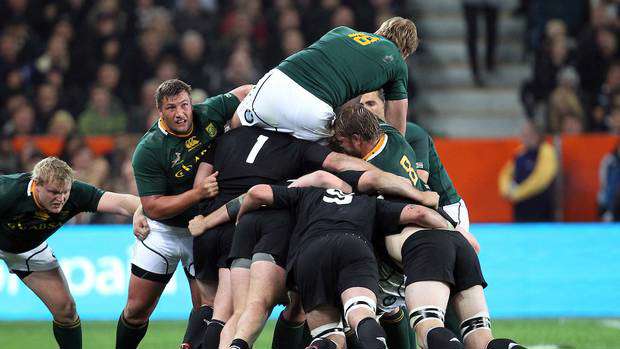 But a rugby great wants a sport he devised called 'Fugby' to take over while the real game is in a virus hiatus.

There are already proposals in England for rugby at certain levels to become no-contact, to meet new health standards caused by the Covid-19 pandemic.

There have also been warnings about the legal and insurance ramifications for professional players, should the virus be spread through rugby contact.

British and Irish Lions icon Sir Ian McGeechan is backing the rugby revolution, which would see a contact free form of the sport played by amateurs until the coronavirus crisis is over.

McGeechan said that during his time as the Wasps coach, he devised a game called Fugby which combined elements of rugby and football.

"It was great for core skills - kicking, passing, handling, catching - and ferociously competitive," he wrote in the Sunday Telegraph.

"No, it was not rugby, but the players left training with smiles on their faces.

"Why not have such games to transition back into playing and encourage some hybrid competitions regionally with minimum expense?"

The England plans would eliminate tackling, scrums and mauls - in essence, touch rugby.

McGeechan said if the option was no rugby or a hybrid game for now, he would choose the hybrid approach every time.

"If there is no rugby, if there is nothing to watch, no socialising, no incentive for players to train, a club's whole raison d'etre is taken away. We could see countless grassroots clubs lost," he wrote.

"We have to remember, 99 per cent of rugby is amateur, run by volunteers and financially supported by members and local businesses.

"(a hybrid game) is far from ideal, and yes, it is not rugby as such. But it could be key for clubs whilst we transition from lockdown over the next season and beyond."