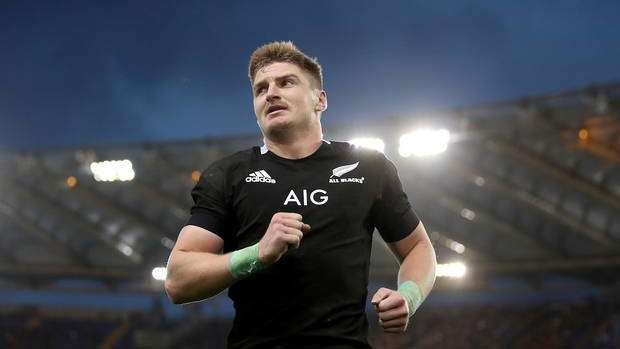 From a young age, Jordie Barrett was destined for All Black greatness. But a former international cricketer has revealed how easily the top fullback could have taken another path.

Dion Ebrahim, an ex-Zimbabwean test and ODI batsman, told Stuff about the first time he spotted Barrett's sporting skills on the cricket pitch at a rural primary school in Mount Taranaki.

The then new to town aspiring cricket coach believed Barret would be the next Black Cap but his prediction was quickly thrown out the window by a fellow club player.

"He told me who the family was and said 'he'll be an All Black,'" Ebrahim told Stuff.

"In my opinion, he was as good of a cricketer as he was a rugby player.

"He had all the attributes and characteristics to make it as a Black Cap or successful first-class cricketer."

Barret never made it to first-class cricket but was 12th man for Central District at just 18-years-old before being placed on standby for New Zealand's under-19 World Cup side.

His selection for New Zealand's under-20 rugby team later that year and All Black call-up soon after, well and truly ended Barrett's cricket career but the Hurricanes player proved he still had skills at last week's Black Clash T20 cricket match in Christchurch, where he took 2-53 for Team Rugby.

His natural abilities behind the bat impressed fans but didn't come as much of a surprise to Ebrahim, who described Barrett as the complete athlete.

"Right through school he was always one of the outstanding age group players," Ebrahim, who played 29 tests and 82 ODIs.

"He's a problem solver on a sports field and that's what separates a lot of those elite players. The ability to identify a problem solve it and then actually perform what you need to do.

"He could actually understand the concept of what field sets to employ to promote or create certain things from the batsman or picking up technical flaws from a batsman or a bowler."

Even Barrett's college coach Debu Banik agreed and said the rising All Black star's mindset was far beyond his then-teenage teammates.

The former Francis Douglas Memorial College 1st XI coach said he would have loved to see were Barrett could have taken his cricket career but wasn't surprised by his international success on the rugby field.

"We miss him for cricket but we are very happy for him in how well he's doing in rugby," Banik said.

Barrett is all but set to be a part of Steve Hansen's Rugby World Cup side to contend for the Webb Ellis Cup later this year in Japan alongside All Black brothers Beauden and Scott.