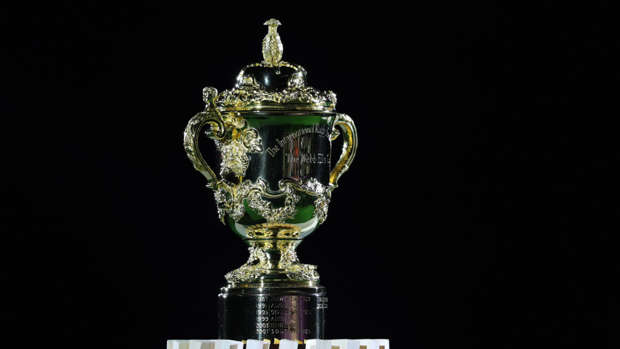 Australia could share some games with New Zealand if it wins the right to stage the 2027 Rugby World Cup.

Rugby Australia chairman Hamish McLennan told New Zealand media the Australian bid was still being formulated and he was open to sharing World Cup games as a means of strengthening the relationship between the Pacific neighbours.

"There's a lot of history between our two countries so I'm really open to that," McLennan told Sky TV on Wednesday. "I want to have a friendly and co-operative relationship. You're a fantastic rugby nation."

New Zealand and Australia co-hosted the inaugural Rugby World Cup in 1987. After an initial plan to co-host the 2003 tournament, Australia went it alone. New Zealand hosted it in 2011, winning the title on home soil for a second time.

The decision on the 2027 and 2031 Rugby World Cups are expected to be confirmed within two years, with Australia and North America regarded as leading candidates to host the tournaments.

International rugby has been shuttered during the coronavirus pandemic, but New Zealand has already kicked off a domestic replacement for the suspended Super Rugby competition with a five-team competition involving its Super Rugby franchises. Australia's domestic Super Rugby tournament is set to kick off next week.

Australia and New Zealand are hoping to play an expanded Bledisloe Cup series between the All Blacks and Wallabies later this year.