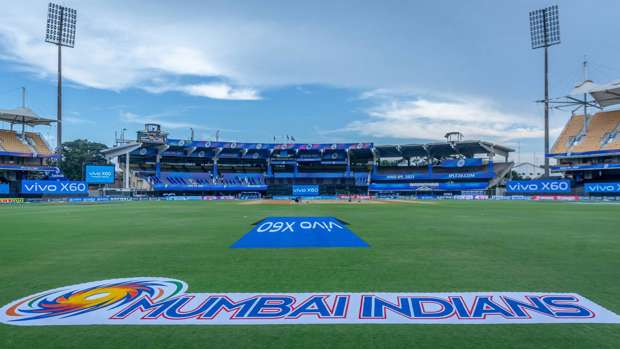 The IPL was suspended last night following an increase in players testing positive for Covid-19. India is in the grip of a second wave of Covid-19, with its number of incidents soaring past 20 million.

This morning a fourth team confirmed a player with a positive test with leg spinner Amit Mishra becoming the first member of the Delhi Capitals to test positive for Covid-19.

New Zealand Cricket is liaising with the Indian and England boards and the New Zealand government to formulate an exit plan.

"The players are in a relatively safe environment and those within affected teams are in isolation. We'll continue to liaise with the BCCI [Board of Control for Cricket in India], the ECB [England and Wales Cricket Board] and New Zealand Government authorities in terms of managing their situation.

"But at this juncture, it's too early to discuss potential options."

Kane Williamson, Trent Boult, Kyle Jamieson and Mitchell Santner are in the New Zealand test squad and were set to head to England at the end of their respective teams' involvement in the IPL season. The Black Caps are set for a two-test series against England starting at Lord's on June 2 followed by the World Test Championship final against India Southampton starting June 18.

As it stands people arriving in England from India will have to be tested before departure and upon arrival in the UK followed by quarantine in a hotel for 10 days.

Fellow Black Caps Jimmy Neesham, Tim Seifert, Finn Allen, Scott Kuggeleijn, Adam Milne and Lockie Ferguson are also competing in the IPL and if needed to come back to New Zealand would have to do 14 days in MIQ.

Last month Prime Minister Jacinda Ardern said NZ Cricket was responsible for making its own decisions about the safety of Kiwi cricketers in India.

"Ultimately these decisions around travel into high risk countries generally will come down to individuals, but also if it's a workforce, their employers," she said on April 8. "So those are judgements they need to make."

IPL chairman Brijesh Patel confirmed the suspension last night, saying the decision has been made due to safety concerns for all stakeholders.

In a statement, the IPL said the decision was unanimously made by the tournament's Governing Council (IPL GC) and Board of Control for Cricket in India (BCCI) following an emergency meeting.

"The BCCI does not want to compromise on the safety of the players, support staff and the other participants involved in organising the IPL," the statement said. "This decision was taken keeping the safety, health and wellbeing of all the stakeholders in mind."

"These are difficult times, especially in India and while we have tried to bring in some positivity and cheer, however, it is imperative that the tournament is now suspended and everyone goes back to their families and loved ones in these trying times.

"The BCCI will do everything in its powers to arrange for the secure and safe passage of all the participants in IPL 2021.

"The BCCI would like to thank all the healthcare workers, state associations, players, support staff, franchises, sponsors, partners and all the service providers who have tried their best to organise IPL 2021 even in these extremely difficult times."

The Twenty20 cricket competition has been under huge scrutiny for taking place during the Covid-19 pandemic, where daily virus cases in India are escalating at an alarming rate.

There are hopes the suspension is lifted after one week. However, with the numbers skyrocketing in the country, it will remain to be seen if the franchises can bounce back that quickly.

The tournament pause follows on from the news of a minor outbreak last night within the Kolkata Knight Riders where two players - Varun Chakravarthy and Sandeep Warrier - tested positive for Covid-19.

As a result the IPL suspended the team's match against Royal Challengers Bangalore.

The Knight Riders are the team that Aussies Pat Cummins and Ben Cutting both play for, as well as English captain Eoin Morgan.

"Both boys are fine, I spoke to Pat last night, they're doing pretty well all things considered," he told 2GB on Tuesday.

"There's obviously a lot of anxiety about making sure they can get home safely and that's obviously tricky given some of the government restrictions that have been put in place, too."

The entire Delhi Capitals side is also self isolating in their rooms after they played Kolkata last Thursday.

It is believed these are being under reported as well, with the world shocked by the scenes of death coming out of the nation.

The IPL has been a hot topic of debate after Aussie cricket stars Adam Zampa and Kane Richardson flew home from the IPL via Doha last week.

But cricket great turned commentator Michael Slater could only get to the Maldives, where he will stay until he can return to Australia, taking to Twitter to savage the Australian government.

Slater tweeted on Monday evening: "If our Government cared for the safety of Aussies they would allow us to get home. It's a disgrace!

"Blood on your hands PM. How dare you treat us like this. How about you sort out quarantine system.

"I had government permission to work on the IPL but I now have government neglect."

India's official count of coronavirus cases surpassed 20 million Tuesday, nearly doubling in the past three months, while deaths officially have passed 220,000. However the exact figures are believed to be higher.