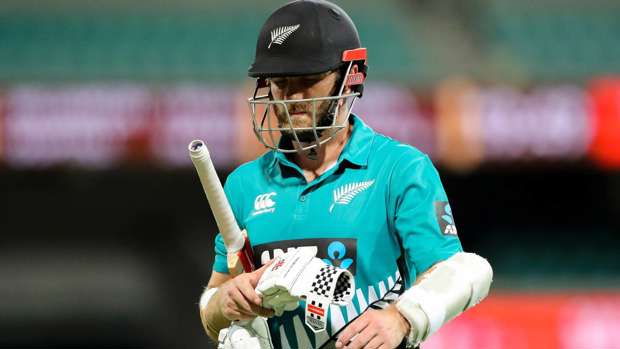 Black Caps captain Kane Williamson will miss the upcoming ODI series against Bangladesh as he rests and rehabilitates a troublesome left elbow injury.

Williamson has a small tear in his left-elbow tendon and had been experiencing irritation in the back-half of the summer.

"Kane's been managing the elbow injury to varying degrees this summer and unfortunately it hasn't improved," Shackel said.

"He obviously has a high volume of training and playing across the three formats, which has inhibited his ability to recover. We believe he now needs a period of rest and rehabilitation to get the injury right.

"Time-frames can vary but we're hopeful that, after an initial rest, he should be able to begin rehabilitation next week."

Black Caps coach Gary Stead said it was a blow to lose his captain for the three-game ODI series against Bangladesh, but knew it was the right call.

"Kane loves playing for his country - so it hasn't been an easy decision to step back," Stead said.

"A batsman's front elbow is crucial to his game and with the injury not improving it was clear something needed to be done.

"We've got a huge year of cricket ahead with an England test tour and ICC World Test Championship final first up in May and June, and we want to make sure we have Kane fit and firing for that.

"We will certainly miss his class and leadership in the upcoming Bangladesh series, but his omission will no doubt present an opportunity for someone else when the ODI squad is named."

The Black Caps ODI squad will be released on Thursday morning.

The first ODI against Bangladesh is Saturday March 20 at the University of Otago Oval in Dunedin.