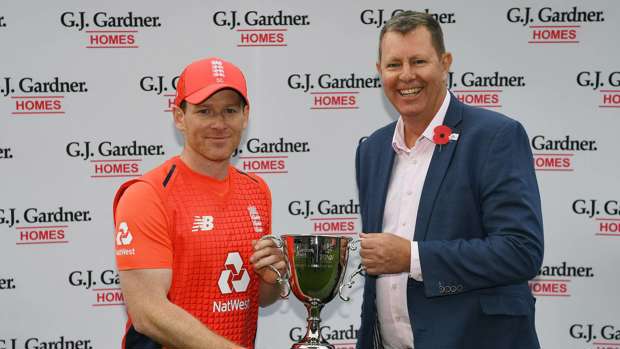 Auckland-based commercial lawyer Greg Barclay has landed one of the biggest, most politically charged jobs in sport.

An email was sent at 3am this morning by the independent auditors EY, confirming that Barclay had secured the two-thirds majority needed, gaining 11 of 16 votes.

"I waited up till about 11.45pm last night half expecting the result to come through," Barclay told the Herald. "When I woke at 4am there was a whole string of Whatsapp messages on my phone, including one from [Cricket Australia chair] Earl Eddings, so I knew something was up."

In an arcane voting process, Barclay had to "win" 11 of the 16 votes available from the 12 full ICC member countries, three members representing the associate member countries, and independent female director Indra Nooyi.

After the first round of voting Barclay had 10 votes, one shy needed to secure the job over interim chair Imran Khwaja. If it had remained deadlocked after two rounds there would have been one more opportunity to vote. After three rounds, if Barclay couldn't secure the votes, the role would have reverted to Khwaja.

Although the distribution of the votes is kept under wraps, it is believed that after the first round Barclay had all the votes except Pakistan, Sri Lanka, Bangladesh, Afghanistan, Zimbabwe and Khwaja's vote as one of three for the associate members.

The Herald understands that the elusive 11th vote in the second round came via Afghanistan. Although speculative, it would be understandable if India's influential former captain Sourav Ganguly reminded the fledgling full-member nation that their existence at the top table owed much to India's largesse.

Barclay, director of New Zealand Cricket since 2012, fills the role vacated by India's Shashank Manohar stepped down in July. The position had been held in interim by Khwaja, a former president of Singapore Cricket.

There will be no honeymoon period for Barclay. The pandemic has ravaged the coffers of the global sporting complex and cricket has not been immune.

"It sounds glib but optimising cricket outcomes in the men's and women's games has to be the number one priority at the moment," Barclay said. "We're in a difficult situation with the pandemic and playing cricket has to be front of mind."

The ICC can be a cultural minefield, but Barclay welcomes that challenge and says he looks forward to aligning the board in a functional way for all member countries.

"We need to work towards a new calendar [in the wake of Covid-19] and get it commercially leveraged,

He was a director of ICC Men's Cricket World Cup 2015 and is a former board member and chairman of the Northern Districts Cricket Association.

Barclay follows in the footsteps of Sir Alan Isaac, who had the old role of president from 2012-14, in the days when the position was shared among the full member boards.

In the ICC release, Barclay said: "I look forward to working in partnership with our members to strengthen the game in our core markets as well as grow it beyond that ensuring more of the world can enjoy cricket. I take my position as a custodian of the game very seriously and am committed to working on behalf of all 104 ICC Members to create a sustainable future for our sport.

"I'd like to thank Imran Khwaja for his leadership as acting ICC Chair during a difficult period for the game and I look forward to continuing a close working relationship with him."

Barclay's term runs for two years. A chairman can serve a maximum of three terms.