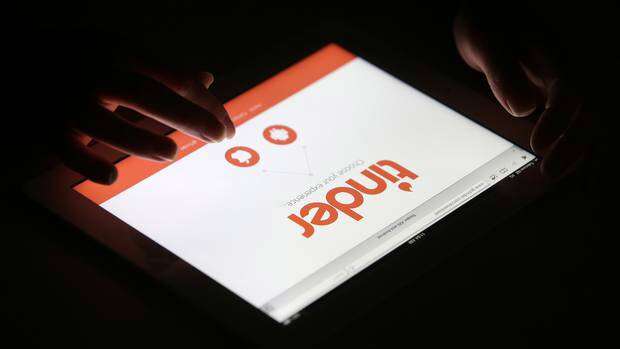 One of New Zealand's most famous sporting stars has found himself at the centre of a Catfish saga. Catfishing is when someone uses images and information from another identity, posing as their own account.

Former Warrior and this year's Dancing with the Stars winner Manu Vatuvei's image and name have been cruising the dating app Tinder.

A journalist was the recipient of a match and asked "Manu" on Tinder if he was a Catfish, to which the Tinder imposter responded "No I'm not and it's always the first question I get hahaha."

When the imposter realised they were messaging a journalist, the Tinder exchange was halted.

NZ Herald informed Vatuvei we had been sent a screen capture of him on Tinder and asked him to confirm whether he was using the dating app.

"You serious hahahaha that's a crack-up no I'm not," the real Vatuvei replied.

Must be a fake? we said.

"Imagine me on it hahaha," Vatuvei replied.

A cautionary tale indeed for those thinking they might be making a match with married sports stars.

The 33-year-old league star won legions of new fans for his smooth moves on the dance floor with partner Loryn Reynolds, pipping funny girl Laura Daniels to win the Dancing With the Stars final in June.

Vatuvei was humble in accepting the win, thanking his "beautiful wife and kids at home", and everyone who had voted for him; the "hard man of league" showing his softer, more emotive side on the show.

Later that month he once again hit Mt Smart Stadium, this time not to play league, but to dance with Reynolds.

"Thanks to @nzwarriors for letting us perform for you guys... was tough to go out onto the field just cause I miss the game so much but I enjoyed it... " he said on Instagram after the half-time tango.

"Can honestly say it's been tough and now I'm ready to accept and announce my retirement..."