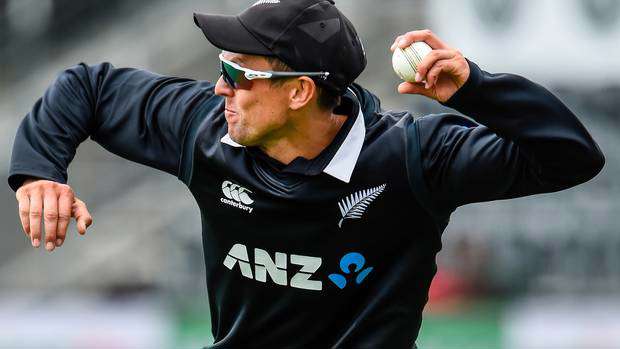 New Zealand fast bowler Trent Boult has been fined 15 percent of his match fee for swearing during the second ODI against Bangladesh.

The ICC announced last night that Boult was found to have violated Article 2.3 which deals with "use of an audible obscenity during an international match."

In the same game Bangladesh all-rounder Mahmudullah was been fined 10 percent of his match fee breaching Article 2.2 of the ICC Code of Conduct for Players and Player Support Personnel, which relates to "abuse of cricket equipment or clothing, ground equipment or fixtures and fittings during an international match".