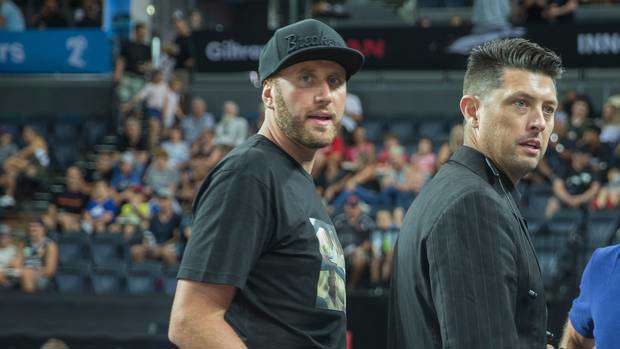 The New Zealand Breakers have been busy at work the day after they were eliminated from the ANBL playoff race.

Owner Matt Walsh will talk to league organisers about the manner in which they were eliminated, while two starters Finn Delany and Rob Loe have been re-signed to the club for the foreseeable future.

The Breakers had expected to be in the playoff race until at least this afternoon where they would have needed the South East Melbourne Phoenix to beat Melbourne Untied to qualify for the playoffs.

However it was the Brisbane Bullets – who needed a 33-point win over the Cairns Taipans - who ended their season, claiming a remarkable 124-88 triumph that gave them a superior points percentage to the Breakers.

It's the use of points percentage in the first place that has rubbed Walsh the wrong way.

"I've never been anywhere else in the world that uses this kind of points system," he said.

"You got a Cairns-Brisbane game where you've got Brisbane starters playing against Cairns development players, and that determined our playoff fate."

Walsh went further, saying it's not a case of sour grapes, but rather something that detracts from the league.

"I think it's a black eye for the league and I don't know how anyone looks at that and thinks wow this is great for basketball in Australia and New Zealand."

Regardless of the process, the Breakers won't feature in the 2020 playoffs, due to a poor start to the season which at one point left then with a 2-8 record.

They finished with a record of 15-13 with the return of a number of key players from injury including Delany and Loe, who will now be a part of the side's make-up for the next two and three seasons respectively.

23-year-old Delany recovered from a foot injury to have a career year with the club averaging 12.3 points and six rebounds per game.

He says the decision to stay was easy.

"I feel I have unfinished business here and I want to win a championship here. I've got a lot more to grow in this league and this team and I want to accomplish something special."

28-year-old Loe, who averaged 9.6 points and 4.2 rebounds, recovered from a fractured skull to be a crucial part of the Breakers' late season run.

"It really shows the spine of our team, the backbone of the team is going to be New Zealand talent and those are the guys who make us go."

Corey Webster and Tom Abercrombie are the other Kiwis to have already confirmed their future with the club.

MVP nominee Scotty Hopson and fellow imports Sek Henry and Brandon Ashley have yet to confirm their futures.