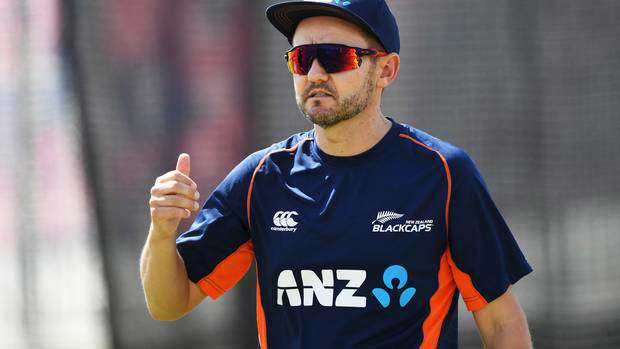 The man to replace Mike Hesson as Black Caps coach should ideally be a New Zealander — that's the view of the man himself.

Hesson finished his six-year tenure as New Zealand coach this week and confirmed that his preference — ''no doubt'' — would be for someone with "a real affinity to New Zealand".

"Having skin in the game is important," Hesson told on Newstalk ZB's Martin Devlin.

"If you don't have that you can pack up your stumps and go.

"When you have a role like this, you do have demands on your time, and you need to have something to fall back on.

"Whether it's actually a New Zealander, or someone who resides in New Zealand, is irrelevant."

New Zealand Cricket are in the process of sifting through their coaching options, with at least two New Zealanders, Gary Stead at Canterbury and Mark O'Donnell of Auckland, both with their hands up.

Hesson admitted that while he was an experienced cricket coach when he took on the job in 2012, "I was pretty naive around the demands of what the role would hold. I knew how to be a coach but not some of the subtleties around the international game."

Apart from reaching the World Cup final in Melbourne in 2015, Hesson's high and low memories are around test cricket.

The final day washout which deprived New Zealand of victory over South Africa in Hamilton early last year still stings; letting the West Indies off the hook after making 600 and having a 309-run lead at Dunedin in late 2013 was "pretty gutting" while the inaugural pink ball test in Adelaide in 2015 "will stick in the memory for a while".

Contrast that with New Zealand's final test under Hesson, the knuckle whitening draw against England in Christchurch in April which "encapsulated that every one in a team can make a major contribution to winning a test match". That draw ensured a series victory.
Hesson said there was no one key ingredient in becoming a successful coach.

"It's one of those jobs that's hard to put down in bullet points. It's not a matter of just being a technical coach or a man manager or running a programme. It's a combination of many different things."

He admitted: "I am a bit of a process-driven guy, and the beauty of any manager is getting a collective approach so everybody buys into what you're trying to do."

Hesson also admitted cricket was on his brain much of the time while he was coach.

"A lot of that of my own choosing. I fully immersed myself in the job and gave it everything.

"There were certainly times when I was at home, but wasn't at home, thinking about the job. You always get good feedback on that," he quipped.

There was a hint that the players he enjoyed working with most were those who had to scrap for their success rather than those for whom it all came more easily.

And he outlined how New Zealand became a team respected for their on-field standards on his watch.

"How did we want to be known as a team. The guys agreed we needed to focus on our job.

"If you respect the game, the umpires and our opposition that's not going to detract from our performance and will probably give us a bit of direction. You're not always going to be perfect but that was the way we liked to operate."

He is keen to take up short term T20 coaching contracts but also wants to brand into coach mentoring, broadcasting, coaching and working with businesses around leadership, but nothing fulltime.