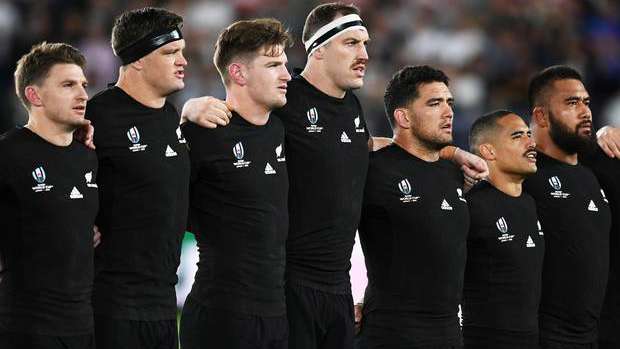 New Zealand Rugby is confident the All Blacks could play "eight or nine" tests this year, despite the Covid-19 pandemic that has halted short-term plans for the sport.

In a wide-ranging interview on Sky Sport's The Breakdown, NZ Rugby head of professional rugby Chris Lendrum outlined the many contingency plans the governing body have in place over the future of All Blacks matches, Super Rugby and the sustainability of the game amid the current rugby recession.

When it comes to NZ Rugby's biggest and most important brand, Lendrum is hopeful there will be plenty of international rugby this year, even in the face of a resurgence of the virus in Auckland which has already caused several cancellations on the sport's calendar.

"We're obviously really focused on this year," he said. "We've been pretty open on our desire to get the Wallabies and All Blacks playing during the course of this year – three to four tests potentially; maybe some in Australia and maybe some here or maybe all here.

"And then there's the work that's going into the Investec Rugby Championship. I think everyone knows that Sanzaar have invited New Zealand Rugby to host that tournament here. We're obviously the country amongst those four partners that to date has fared the best through the Covid pandemic.

"So we're working with the Government at the moment to try to see whether it's possible to host those three teams in, under what conditions they need to come in, how they might have to quarantine or isolate before they can train as a group and then as a team, and then obviously have to talk to the teams themselves and the players about whether they are happy with all of those conditions that will be around."

Lendrum says NZ Rugby is still confident the All Blacks will be able to play up to nine games this year, an ambitious target but one that would be invaluable for the organisation. (For comparison, the All Blacks played just five tests in the lead up to last year's Rugby World Cup in the pre-Covid environment.)

"There's a huge amount to work through but we remain really positive sitting here today that we could still have eight or nine All Blacks matches in 2020."

NZ Rugby hopes to get more guidance from the Government about staging All Blacks tests in "the next couple of weeks".

Meanwhile, the re-emergence of coronavirus cases in the Auckland community and the resulting restrictions in the city and the rest of the country have already forced the cancellation of the sold-out Super Rugby Aotearoa finale between the Crusaders and the Blues at Eden Park, while the first two rounds of the Farah Palmer Cup was also called off.

Lendrum says NZ Rugby have multiple contingency plans on the go around competitions going forward, especially for the future of the Super Rugby competition.

"We've learnt that we've got a really viable five-team competition if that's what we need to do next year. We've just come off the back of an absolutely outstanding ten-week competition.

"We know that competition has generated so much good rugby and it's viable. It's not our preference – we would ideally like to play a broader transttasman competition – but we just don't know whether we'll have the ability to do that.

"At New Zealand Rugby, what we're trying to do is carry both of those things at the same time and try and plan on a number of fronts. And hopefully time will provide us with a bit more certainty to what option we'll take."

Aside from the administrative headaches caused by the pandemic around competitions, NZ Rugby also have plenty of things to work through with players and stakeholders, with negotiations for a new collective bargaining agreement with the New Zealand Rugby Players' Association set to take place this year.

Lendrum was once again "really confident" that NZ Rugby and all parties involved will be able to work together and agree on the best way to move forward.

"I think what we've seen this year is that in crisis, it's brought everybody together," he said. "The barriers that used to exist within different parties in the rugby community – at least on the professional side – have come down and everyone has been prepared to work together to get a competition up and running, to create more content for our commercial partners, to do things that we haven't done before.

"Even innovations to rules during this last competition just happen so easily with so much buy in from everybody … Everybody gets it."

Ultimately, NZ Rugby have plenty of work to do but remain hopeful of creating a more sustainable future for the sport.

"We're really motivated to make sure that 2021 is a stepping stone to whatever comes beyond in 2022.

"You can't just create a team for example, wish a team up and then wish it away a year later because it doesn't work or it's not consistent with where you're going. It's not fair to the people involved, it's not fair to our fans or anybody.

"Certainly we're on a bit of a journey and Covid is going to restrict that journey potentially in 2021 and keep our sights shorter than we might otherwise would like it, but that's the hand that we've all being dealt with in the world and it's not just rugby suffering from that.

"But again I remain really confident in our ability to progress positively."