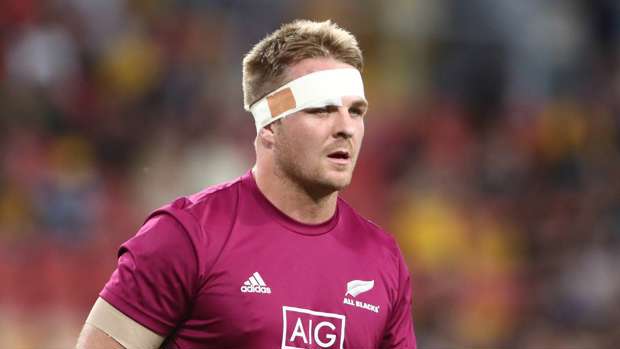 All Blacks legend Sir John Kirwan is calling on New Zealand rugby's top players to trust their governing body amid a potential injection of equity into the national game.

NZ Rugby is in negotiations after receiving an offer of $465 million from US technology investment giant Silver Lake to sell a 15 per cent stake in the organisation's commercial rights.

However more than half a dozen of the country's top players have sought to block the move in a letter, citing concerns about the relationship with fans as well as the safety of the Māori and Pasifika game.

One of the players is All Blacks captain Sam Cane.

The letter was addressed to the NZR directors and clubs, and was signed by Rugby Players Association chairman David Kirk and chief executive Rob Nichol.

But Kirwan – who is a supporter of money coming into the game – told Newstalk ZB's Mike Hosking that players need to trust that the governing body will utilise the funds in a way that won't be detrimental to the national game.

"Is this a mandate for the players? Is this something they should be getting involved with? Or should they trust the NZRFU? At some stage you've got to trust your governing body they're going to do the right thing for the game," Kirwan said.

"You need to support this money's going to go into the grassroots of the game and I think that will happen, I'm hoping that common sense will prevail.

"I think the players care about the grassroots game, I know the leading players do. I know they're going to sit round the table."

NZR requires the players association to sign off on the move, which would be the biggest in the rugby union's history and in New Zealand sport.

Kirwan believes claims the culture will be impacted and NZR won't be able to control the vast investment they're receiving is "scare tactics".

"I don't think that's the players, I think that's Rob [Nichol] – Rob's a pretty good negotiator and he takes a hard-line at times. At 15 per cent we're going to control the culture, there's no way you can change that – that's an internal, a values thing," he says.

"I think the biggest issue for the NZRFU is having the expertise to take that money and then make sure you continue to grow your commercial portfolio, because they (Silver Lake) will want to exit at some time.

"Equity coming into the game I think is inevitable, it's happening all around the world.

"If you can control it is very important … it would give us financial security and also let us look at the grassroots of the game, our game is in trouble – players aren't playing, clubs are dying around the country."

The Herald first revealed NZR's negotiations with Silver Lake over a minority stake, after the body realised its financial model of solely relying on the All Blacks to fund the national game was untenable.

CVC Capital Partners are the most recent to purchase stakes in rugby, buying into England's Premiership Rugby, the Pro14 and Six Nations competitions.