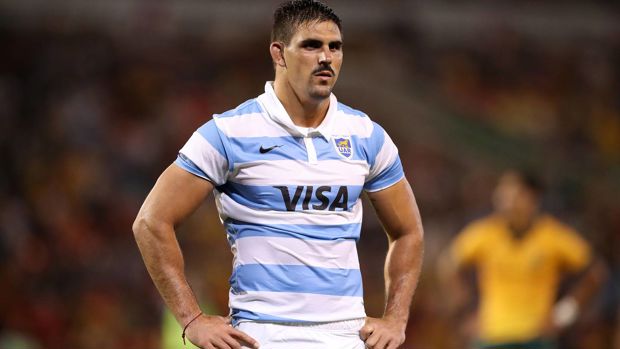 In a quick response from the governing body, Matera along with two other players Guido Petti and Santiago Socino have also been suspended from the national team, until a disciplinary situation is defined.

It means all three players will not feature in their Tri Nations finale against the Wallabies this weekend. The Pumas remain an outside chance of claiming the trophy.

In a statement, Argentina rugby said the posts do not in any way represent them as a union.

"The Argentine Rugby Union strongly repudiates the discriminatory and xenophobic comments published by members of the Los Pumas squad on social networks.

"Although the messages were expressed between 2011 and 2013 and do not represent the integrity as people that the three showed during this time in Los Pumas, from the Argentine Rugby Union we condemn any expression of hatred and we consider it unacceptable that those who express them represent our country."

The actions follow apologies from all three players, who took to Instagram to express remorse over the posts that were uncovered, leading to a mass outrage from the online community.

"Today I have to take charge of what I said 9 years ago," Matera posted on his Instagram account.

"I had a tougher time. I am very ashamed. Apologies to all those who were offended by the atrocities I wrote. At that moment I did not imagine who I was going to become.

"I'm also sorry to my team and my family for the moment they are going through my actions and thanks to the people who love me for their support."

The tweets that centre around the 27-year-old Matera included criticism directed at black people as well as Bolivian and Paraguayan maids.

Matera recently entered the realm of national treasury after his leadership helped carry the Pumas to an historic 25-15 victory over the All Blacks in the Tri Nations.

Petti, another member of the squad, joined Matera in apologising for actions on social media, saying he is 'very sorry and ashamed for what he ever said'.

Petti had once tweeted a derogatory statement about a maid pregnant with triplets.

Socino added to the reckoning, saying "I want to apologise to those who may have offended with what I said at the time, and what I absolutely repudiate. I never realized what it could cause, and I do not seek to justify it with the immaturity with which I handled myself".

Prior to kick-off the All Blacks paid respect to the late footballer, presenting the Pumas with a signed jersey, and the name Maradona and number 10 printed on the back.