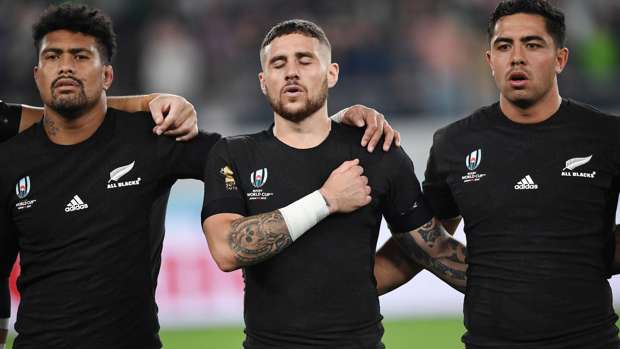 Perenara, the All Blacks halfback and former Hurricanes co-captain, is currently plying his trade in the Japanese Top League with the Red Hurricanes, choosing to take up the short term contract overseas late last year.

Perenara and fellow high profile signing Springbok Makazole Mapimpi have rejuvenated the Japanese minnows, who have long been underdogs in the league.

Despite the team's progress and Peranara's influential performance, the Red Hurricanes were still unable to beat the Yamaha Jubilo – one of the tougher teams in the competition – over the weekend, falling to a 33-21 defeat.

Perenara said last year that his move to Japan "doesn't mean it's the end for me" in New Zealand, but Kirwan believes NZ Rugby should think twice about signing the 69-cap All Black.

"You can't resign Perenara. You cannot resign him," Kirwan said on Sky Sport's Breakdown. "I love the man, don't get me wrong. But who do you want to keep?

"Because I think there's some young guys coming through and for the next World Cup I just think [they need a shot]. Look, I'd loved to sign him but if it was a case of signing a couple of young guys that are going to get us to the next World Cup, as good and on further, then I think he's going to be [left out]."

For years, TJ Perenara has been the incumbent back up halfback to Aaron Smith at the All Blacks, but Kirwan says it could be time to allow some of the younger players, like the Highlanders' Folau Fakatava, to get their opportunity.

"If you think about TJ, he's been a great servant of the game, [but] he's getting into the twilight of his career. And for me, there are guys that are starting to stack up that are going to give us another two World Cups."

Kirwan added that in a perfect world, Peranara should be re-signed upon his return, but factors like NZ Rugby's limited resources and developing future talent need to be considered.

Perenara's Red Hurricanes, who sit in third in their conference, are still in the hunt in the Japanese Top League with a record of 4-2, but face stiff competition in their next matchup against the All Black-stacked heavyweights Kobelco Steelers, featuring the likes of Brodie Retallick, Aaron Cruden and Ben Smith.