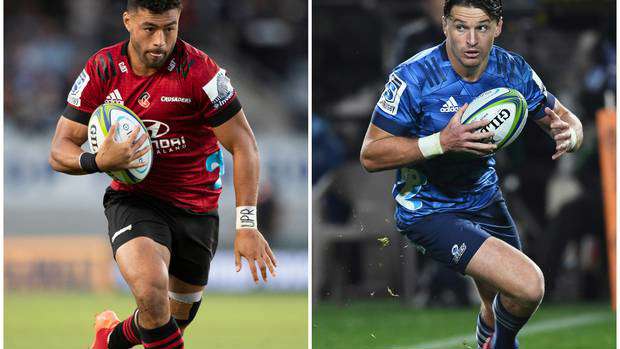 New Zealand Rugby have announced the squads for the North v South clash on August 29.

The squads have been selected by All Blacks selectors Ian Foster, Grant Fox, and John Plumtree.

The All Blacks assistant coaches will coach the two sides, with Plumtree and Scott McLeod coaching the North and Brad Mooar and Greg Feek coaching the South.

Foster called the clash is a "once-in-a-generation match".

"This is a chance for these players to be part of something really special. It's a once-in-a-generation match for them and players who have previously taken part in these matches have talked about how unique and memorable it was. Now these two teams get to write their own history and stories around this match.

"The match will bring out the best in everyone and I'm sure there will be parochial rivalry in spades. It's a special game because it celebrates where the players made their provincial debuts and, for some, where they really took those first steps in their professional careers.

"The players have worked really hard and played some outstanding rugby in Investec Super Rugby Aotearoa, and we're excited at the breadth of talent up and down the country. There is a huge amount of talent here and it will be a wonderful celebration of rugby for our fans."

"Sam and Patrick are two special players who have had outstanding seasons. They will lead their sides with their own flavour as captains and are both proven and experienced leaders," Foster said.

The North and South squads (and the player's first province played for) are as follows:

A number of players were unavailable for selection due to injury, including 2019 All Blacks Dane Coles, Scott Barrett, Sam Cane and Ngani Laumape.

The two squads will assemble in Wellington on Monday, but with the final venue for the match yet to be confirmed between Auckland's Eden Park and Wellington's SKY Stadium, Foster said the coaches and management weren't worried by the uncertainty.

"One thing about 2020 with Covid-19 is that you have to be nimble and agile and this week and next will be no different. We're adjusting and adapting, we'll look forward to getting to Wellington and getting stuck into our preparation."

A final decision on the venue for the match will be made following the Government's review of Covid-19 levels on Friday.