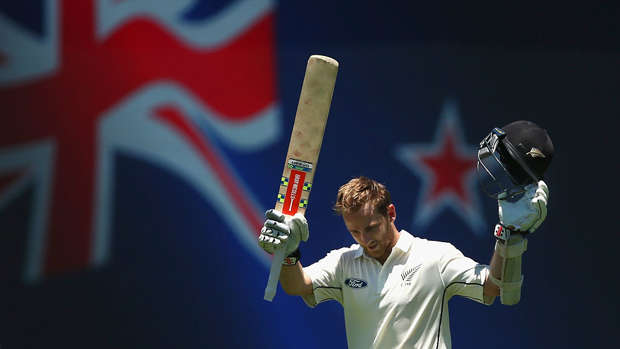 The cricketing world knows Kane Williamson is a great batsman, none more so than Sri Lanka who face the Black Caps' skipper in the first test beginning Saturday.

Following his 19th test century in the third test win over Pakistan last week, Williamson now has multiple centuries against every test nation except Zimbabwe.

There's a very good chance he makes more ground on the Indian captain over the coming weeks considering his best test form comes against Sri Lanka.

Williamson has faced Sri Lanka in six tests and across 12 innings and has an average of 91.88 - easily his best average against any nation. Of those 12 innings, seven times he's passed 50 including three centuries.

On top of that, the Black Caps' skipper averages 63.07 at the Basin Reserve where he has scored three test centuries.

His highest test score of 242 not out came in the second test victory against Sri Lanka in 2015, part of a 365-run world record partnership for the six wicket with BJ Watling.

The good news for the tourists is Williamson's 'poor' record at Hagley Oval, which hosts the Boxing Day test.

It's one of two New Zealand grounds that Williamson hasn't scored a test century, with a high score of 97.