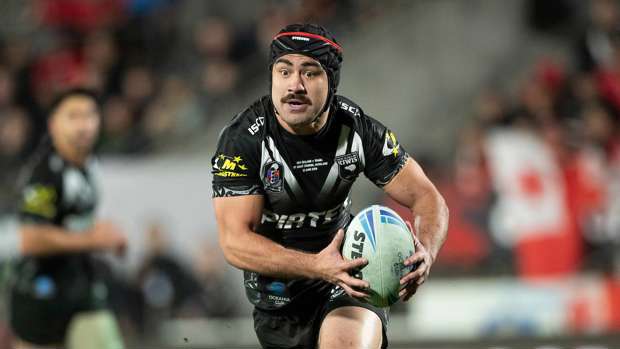 The Warriors are swooping in to sign Storm halfback Jahrome Hughes.

With captain/fullback Roger Tuivasa-Sheck – who is on about $1m a year – walking out on the Warriors next year to play rugby, the club has significant cash to spend.

Australian outlets are reporting the Warriors have tabled a big three-year offer of more than $800,000 a season to Kiwi Hughes, originally from Wellington.

NRL.com reported that the Warriors and Melbourne Storm, the 2020 NRL champions, are not commenting.

The off-contract Hughes has played at fullback but it would be a surprise if he agreed on a shift to Auckland that would involve him not playing in the halves.

So his shift here would put the pressure on current halves Chanel Harris-Tavita and Kodi Nikorima.

The 26-year-old Hughes – who moved to Australia in his teens – is also being chased by the Cronulla Sharks.

He has grown into an outstanding half at the Storm, following in the footsteps of the great Cooper Cronk.

One Australian report claimed that even though the Storm have money free due to the impending departure of Cameron Smith, they would still struggle to match the Warriors' offer.

NRL.com reported: "Melbourne sources have indicated they are comfortable with their retention bid for Hughes, which is believed to have seen their original two-year extension offer upped to include an additional season."

NSW Blues coach Brad Fittler one of league's greatest playmakers - has suggested Hughes might be best advised to remain part of the champion Melbourne formula.

Fitter said: "(that Melbourne formula) when you move away, once you lose that strength in the foundations, it is easy for your game to fall apart."