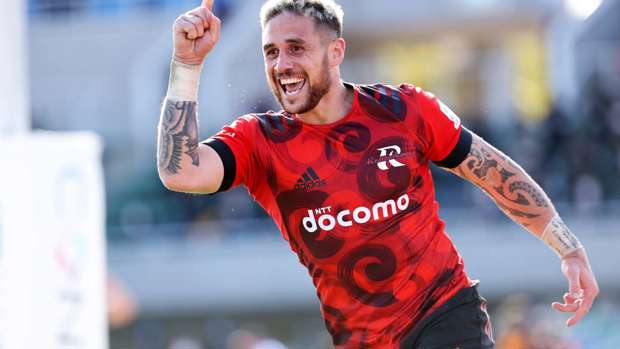 TJ Perenara's move to the Sydney Roosters could happen as early as next month, as the NRL club steps up its bid for the All Blacks halfback.

The 29-year-old, who is currently playing for the Red Hurricanes in Japan's Top League, was first linked to a shock move to the NRL last week.

Perenara is negotiating his next career move after opting out of his contract with New Zealand Rugby to play in Japan.

The Roosters are looking to strengthen their hooking depth after the forced retirement of Jake Friend and injury to Freddy Lussick who suffered a broken arm.

NRL.com reports that the Roosters have been in talks with Perenara to fill that role and that he "may arrive from Japanese rugby union next month".

Friend is reportedly expected to help Perenara transition to league, while Sonny Bill Williams – who works in a mentoring role at the Sydney club – will make the move more comfortable for his former All Blacks teammate.

Earlier this week, Kiwis star Brandon Smith revealed that Perenara has mulled a code switch to the NRL for months, telling Fox Sports' Matty Johns Show that Perenara asked him for advice about moving to league.

Roosters forward Angus Crichton, who was an Australian Schoolboys star in rugby union before joining the NRL in 2015, backed Perenara's potential move to the club.

"I've watched him play rugby and he's a class player," Crichton told NRL.com. "With Jake having to hang up the boots unfortunately we are a few men down in that position of hooker so he would be great to have around the club.

"I'm a rugby fan and to have an All Black come into our team would be pretty cool.

"He will have to get used to making a fair few more tackles in rugby league than he does in rugby union but I encourage anyone who wants to make the switch across to have a crack.

"It will be cool to get Sammy back in the mix and if TJ comes along that is an added bonus. If that is where he is at I will definitely welcome him in."

Roosters and Kiwis centre Joey Manu added: "I love watching the All Blacks and he is definitely a good athlete, and has a great passing game. If he comes it will be pretty exciting."

The Roosters are reportedly looking at Perenara to play the No 14 role, with NRL.com reporting that he would be "interchanging with Verrils at dummy half and providing coverage for the inexperienced halves pairing of Sam Walker and Drew Hutchinson".