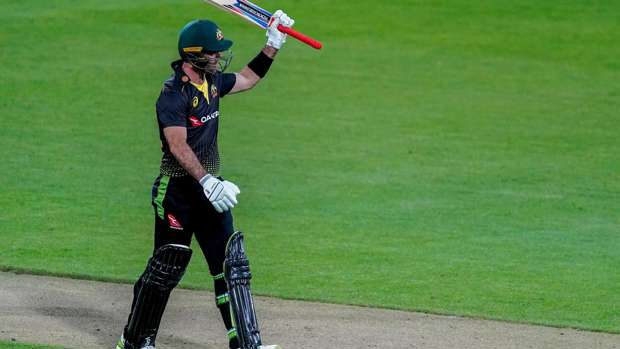 Australian batsman Glenn Maxwell destroyed the Black Caps bowlers and also a yellow seat at Sky Stadium last night as his side keep their hopes alive in the five-match Twenty20 series.

Australia won game three by 64 runs after setting New Zealand a daunting chase of 209, helped by a 31-ball 70 from Maxwell.

One of Maxwell's five sixes managed to smash a yellow seat at Sky Stadium to pieces after getting hold of a delivery from Jimmy Neesham.

Sky Stadium Chief Executive Shane Harmon tweeted: "Will put this seat @skystadium up for auction on @TradeMe next few days. All proceeds will be donated to Wellington Homeless Women's Trust. Any chance of a signature @Gmaxi_32?"

Maxwell did just that in a classy move.

The win was Australia's first of the series and they'll have confidence of a comeback with the remaining two games at Sky Stadium. Good news for the seats of Sky Stadium is they could potentially be filled if Wellington moves out of alert level 2 by Sunday's final game.