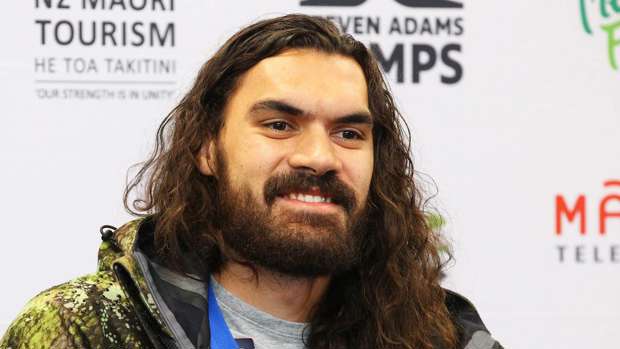 Steven Adams has opened up on the intense training rivalry between superstar team mates which set the platform for his success at Oklahoma City Thunder.

The Thunder were arguably the NBA's most dangerous playoff team in 2015-16, and Speaking on The Old Man and the Three podcast with JJ Redick – one of Adams' current teammates on the New Orleans Pelicans, Adams paid credit to the intense nature of the practice sessions with Russell Westbrook and Kevin Durant.

"It was awesome for me," Adams said. "Russ, KD, Serge, and Perk, they were all going at it. They would argue like crazy. And that created a really competitive environment, there wouldn't be a practice that would be soft. It was always intense.

"All of them were trying to beat the other one. It wouldn't be fair for me to say who was alpha-leader, but it's fair to say that it was a healthy team, if that makes sense. For some people that might not be healthy but they've got to the point right away. They were constantly making each other better.

"Some players don't respond well to that, they're not upfront people. So when someone's not showing their emotion and haven't got an opinion about anything, then you really don't know that guy. You don't know how he reacts, you don't know what is going to happen. You're just waiting for him somewhere through the season to lose his mind, and then you know, he has like a couple of loose screws in there."

Adams was drafted into the league in 2013 as a lottery pick, after enjoying one season with Pittsburgh in NCAA division one basketball as their perennial centre.

The 6'11' centre became the only player from New Zealand in league history to be drafted in the first round when he was taken by the Thunder, where he spent seven seasons.

Adams said the early days of basketball were awkward.

"I was tall, my brothers played basketball… and my family, we're in the basketball scene. But I was trash bro – gumpy, uncoordinated, worse than I am now," Adams said.

"When I was 13 that's when I started to take it seriously, and I ended up moving cities. Met a coach Kenny McFadden, he's American from Detroit, and he has trainings at six o'clock every morning and I just ended up doing that for five years. Turned out pretty well, ended up getting pretty ok like talented.

"[College] was my only goal, I didn't have NBA dreams or anything like that. I was just playing basketball and then some dude offered me a scholarship, old Jamie Dixon, and I was like 'Oh sweet, this will be great'.

"Got lucky with the old scholarship and here I am."

Adams says he watched a video of NBA legend Kareem Abdul-Jabbar at a young age which helped spur his desire to improve as a big-man. He says there's another player – a New Zealander – who also played an inspiring role in his formative years.

"There was a basketball player in New Zealand, his name was Mika Vukona, I thought he was amazing, he played with his heart, all out hustle. I really really enjoyed watching him," said Adams.

Adams first professional team was the Wellington Saints, who he played a season with in the New Zealand NBL in 2011. He says the league has improved, but at the time it "wasn't great".

"There'll be a few players in the country that really dominate the whole high school level stuff.

"We have a lot of professional players; it's gotten a lot better now. I guess the whole NBA thing really helped out with just attracting a lot of players, it's the fastest growing sport in New Zealand and so you just see all the talent coming up now which is really good."

That talent Adams talks of can be seen in America right now. The number of New Zealanders in division one US colleges has continuously risen over the past decade, with a total of 40 male and female players competing in the 2019-20 season.

Like most young Kiwis, Adams played rugby as well, but admits he wasn't the best at it.

"There's a point where you're too [tall]… kind of depends, if you're just strong enough to handle yourself. I stopped playing because, one I got smashed by just this short, stocky, islander dude… he was apparently 13… yeah whatever.

"So I stopped playing after that, but then also I just wasn't good. I lost us a game one time because they kept kicking me the ball and I just couldn't catch it… I kept dropping it, so they just kept targeting me.

"It was a bad experience."

Adams' NBA journey has taken him to a new team in the 2020-21 season, playing for the New Orleans Pelicans after being traded in the offseason by the Thunder.