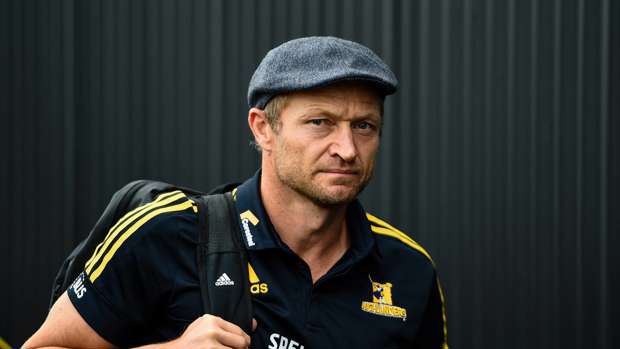 Highlanders coach Tony Brown has made it clear the team's suspended players have work to do to earn their place back in the squad.

Six players were stood down by the team this week for behaviour that was out of line with team codes, with stars Josh Ioane and Marino Mikaele-Tu'u among them.

Players given the opportunity for meaningful minutes in their absence made the most of it, with the likes of Connor Garden-Bachop and Kazuki Himeno helping the side to a 33-12 win over the Crusaders in Christchurch on Friday night.

Brown said he didn't need to think long about standing the players down and confirmed they wouldn't just walk back into the squad next week.

"It took me about two seconds," Brown said of the decision.

"It's the standards we expect and the standards the leaders laid down at the start of the campaign. No one's bigger than the team; the team always comes first and I think for us it's a line in the sand and we can build from here.

"That's rugby; if you give someone the opportunity and they take that opportunity, you lose the right.

"They'll be disappointed; they were disappointed when they found out they couldn't be selected. They're part of our team and they'll be dying to get back into our training and try to prove they should be selected for next week."

While the Highlanders are still outsiders to make the final, the win keeps them in the mix, and Brown said there was always a lot of pride on the line in the Southern derbies.

"For the campaign, I'm not sure [what this does], it just sort of rights a couple of wrongs for our supporters, our fans and past players who have worn the jersey. I'm really proud of the team for coming up to Christchurch and get the result and earn some respect back.

"We've come up here so many times and battled hard, but they haven't got the win. To come up here and put 30-odd points on the Crusaders is a massive effort and I'm sure there would be a lot of Highlanders supporters and ex-players pretty proud of the guys."