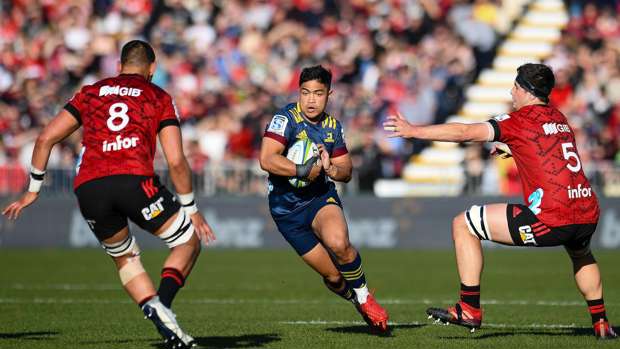 Rugby fans will see the return of transtasman Super Rugby clashes next year with a six week competition to be announced, according to a report.

The Sydney Morning Herald is reporting that the five New Zealand and five Australian Super Rugby franchises which each face-off once before a final between the top two sides of the competition.

According to the newspaper, the matches will begin in May following the 2021 Super Rugby Aotearoa competition which was revealed earlier this week.

It means New Zealand franchises could play up to 14 matches in 2021, if they reach two finals, with seven home games if a transtasman bubble is open by May.

According to the Sydney Morning Herald, the competition will be officially announced in the next week.

The schedule for the second installment of Super Rugby Aotearoa was announced on Tuesday, with 10 weeks of New Zealand derbies beginning on Friday February 26, with the Highlanders hosting the Crusaders in Dunedin.

The first round will finish with the Hurricanes entertaining the Blues in Wellington on Saturday February 27, while the Chiefs enjoy the bye in the opening week.

The Waikato franchise will begin their campaign in round two against the Highlanders in Hamilton.

Auckland rugby fans will have to wait a bit before they get to see action, with the Blues' first home game at Eden Park coming in round three against the Highlanders.

There is a mixture of matches spread across all three weekend days, maintaining the popular Sunday afternoon clashes that returned in 2020.

The final between the top two sides after 10 weeks will take place on Saturday May 8, contending the Tū Kōtahi Aotearoa trophy.

"We saw how exciting this home and away format was ... all five teams now know what's required to compete and win every week. With the availability of the All Blacks locked in for round one there are going to be fireworks from the opening whistle.

"It's fantastic to have some certainty for fans, players and partners after what's been a year of uncertainty. Confirming the 2021 draw is a significant milestone and a positive step for rugby in New Zealand and we're thrilled to have our broadcast partner Sky come on board as naming rights sponsor.

"We've listened to the fans and our players and added a Final, which we think will provide a fitting climax to the competition."

With four consecutive titles under their belt, the Crusaders are set to enter the competition as favourites once again.