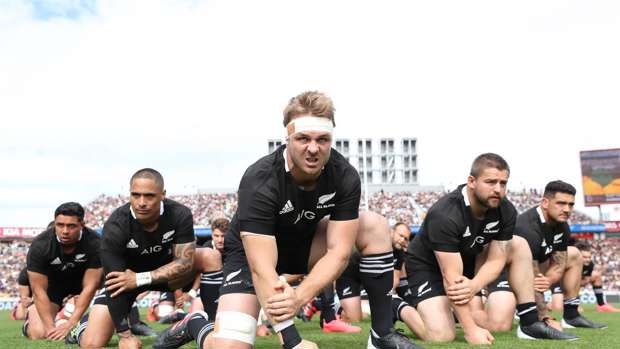 The All Blacks have revealed their squad for the Rugby Championship in Australia - and it includes two somewhat surprising additions.

Otago prop George Bower and Wellington loose forward Du'Plessis Kirifi, who are both uncapped will join as cover. The moves come due to the head knock Joe Moody suffered in the second Bledisloe Cup test against the Wallabies, and both tighthead Nepo Laulala and loosie Ardie Savea on paternity leave.

Bower and Kirifi, aged 28 and 23 respectively, have 38 Super Rugby caps between them.

Moody suffered the knock just half an hour into Sunday's match, and is currently working through HIA protocols. Laulala and Savea are expected to join the team over in Australia in one to two weeks.

Midfielders Ngani Laumape and Peter Umaga-Jensen are also part of the 38-man squad.

Three players have been released to compete in the Mitre 10 Cup this weekend before departing, with Mitchell Dunshea and Cullen Grace available for Canterbury, while Akira Ioane is free to link up with Auckland.

New Zealand will compete in four matches across the ditch, starting off with a third Bledisloe tussle against the Wallabies in Sydney on October 31. They travel over on Sunday.

All Blacks squad for Rugby Championship: