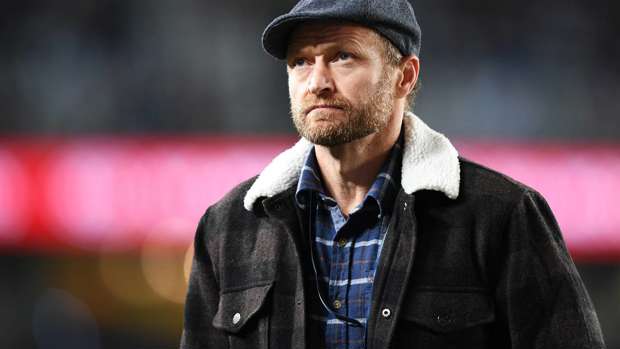 Highlanders coach Tony Brown has closed the book on his side's hopes of making the Super Rugby Aotearoa final this season.

One week removed from busting the competition open with a win over the league-leading Crusaders, the Highlanders were unable to bring that same intensity to their home turf on Saturday night, falling to the Chiefs in golden point.

The loss saw the Highlanders fall a win behind the Chiefs and Blues on the ladder, however the two northern sides have a game in hand on the Highlanders who are yet to have their second bye.

With the Blues on the schedule for the Highlanders next week, Brown said his side needed to look forward to the challenge.

"It should hurt," Brown said of the loss.

"For me, this performance should hurt our guys because we had the opportunity to do something great around trying to make the playoffs, now we're out of that.

"We couldn't prepare ourselves to reach that same intensity, which meant that our game suffered."

The Highlanders have now dropped all three of their home games this season, with their two wins coming away against the Chiefs in round two and the Crusaders in round six.

But while they were such a force against the Crusaders last weekend, the Highlanders were far from matching the intensity they showed in that match and paid the price for their inconsistency.

"Rugby's a funny thing," Brown reflected. "It's a physical game and you can play to a certain intensity one week, then you can drop off a little bit and your game doesn't quite work.

"We just couldn't get anything going. We were either making silly mistakes or just giving them really soft penalties, which kills everything you're trying to do around trying to create pressure.

"I thought we did a great job coming back in that second half and giving ourselves a chance to win, but we didn't quite get the job done. Two home games in a row – Damian McKenzie beat us and a couple of weeks ago you saw Jordie Barrett beat us – so key players win those moments and win games of rugby, and we just weren't good enough."