Nearly two months on from that fateful game - the Black Caps were involved in yet another bizarre finish to a cricket match.

The umpires from that heartbreaking World Cup loss admitted they got it wrong when it came to the Ben Stokes fiasco.

This time, the Black Caps were on the right side of history when the Sri Lankan fielder Shehan Jayasuriya took a catch on the boundary, only to collide with a fellow teammate Kusal Mendis and go tumbling over the rope.

But questions have been raised as to whether the six signalled by the umpire should have been replaced with a wicket.

Fans from around the world claimed Jayasuriya successfully had control of the catch before the unfortunate incident that took him over the rope. 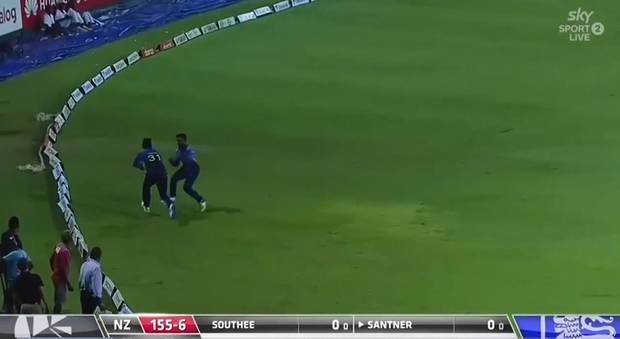 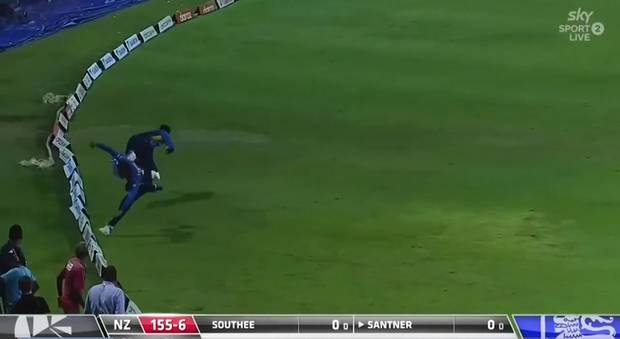 Some claim the ball was firmly grasped in the hand while Jayasuriya's body touched the ground in the field of play.

However, unfortunately for Sri Lankan cricket fans, the umpires got the decision spot on, debunking any theory the home side were robbed.

In the case of Jayasuriya, the collision meant he never had "complete control" over "his own movement" which eventually saw him hit the rope.

Nevertheless, Black Caps fans may take this one as a sip of revenge for the World Cup heartache.

It was a freakish finish to a freakishly familiar match, but one that probably won't go down as a trivia quiz question any time soon.