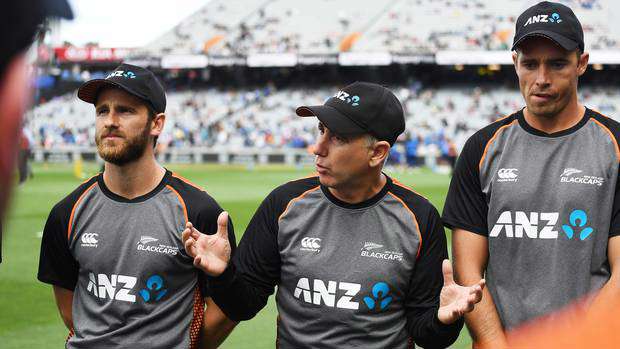 The initial shape of New Zealand's Covid-influenced cricket season might be decided before the end of the week.

The sport could benefit from the government's perceived role in losing the opportunity to host The Rugby Championship. The coalition must be tempted to notch a tactical win by appeasing sports-loving voters ahead of the election.

That makes the November-scheduled arrival of the West Indies for three Twenty20 internationals and two tests a logical starting point.

The series should be relatively simple to negotiate because of its bilateral nature, albeit with the Caribbean side coming from one cricketing body but 15 sovereign states or dependencies.

Rather than dealing with the requirements of four rugby nations around revenue splits and broadcasting rights, this can be pared back to one host and one visitor.

An expensive precaution might be that a considerable playing and support squad is required to split into, for example, three quarantine groups of around 15 in case there's a Covid breach.

The West Indians could train in those bubbles, although any isolation facility will need to be close to hospitals capable of dealing with the virus - in short, a major centre, probably in the currently Covid-free South Island.

If cricket gets permission to play, the governing body and Ministry of Health will intertwine to ensure necessary precautions are taken.

Regardless, New Zealand Cricket will foot any hosting bill for touring teams, rather than the taxpayer, as per standard practice.

One advantage of hosting the West Indies this summer is that coincidentally they – and subsequent guests Pakistan - have already experienced cricket in a Covid-19 bubble on summer tours to England.

Plenty of intelligence will have been gleaned from those series regarding logistics and the monitoring of groups.

However, in contrast to England, once players exit isolation they are free to move within the local community in New Zealand, provided they meet the alert level requirements at the time.

Others who will likely join the West Indies, albeit in another separate bubble, will be Black Caps and Indian Premier League campaigners Trent Boult, Lockie Ferguson, Jimmy Neesham, Mitchell Santner and Kane Williamson. The IPL runs from September 19 to November 10 in the United Arab Emirates. The quintet may isolate in two groups, depending on which franchises reach the finals.

The home summer includes 37 days of men's international matches and a women's Twenty20 tri-series against Australia and England which may also blossom into a one-day series to substitute the Covid-postponed World Cup.