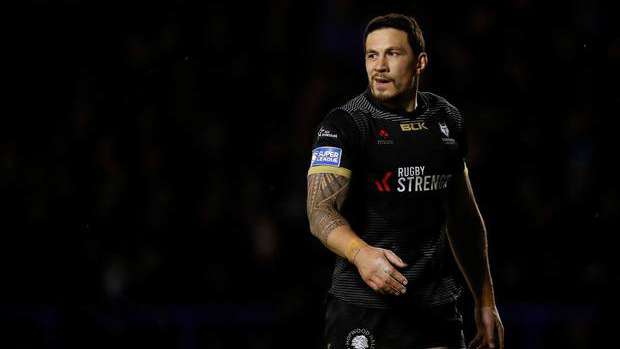 The struggling New Zealand Warriors are considering an audacious bid for Sonny Bill Williams, but are unlikely to send an SOS to the cross-code superstar.

Williams' Toronto Wolfpack team withdrew from the 2020 Super League season today, due to the "overwhelming financial challenges" posed by Covid-19. The club will return in 2021 and will continue to pay their players 55 per cent of their salaries until the end of the season, but the club's overseas players have been given the opportunity to chase NRL deals before the August 3rd transfer deadline.

With just 10 rounds remaining in the NRL, Williams would only be available for as few as six matches by the time a deal is negotiated, flights organised and he spends two weeks in mandatory Covid-19 quarantine upon arrival in Australia.

As a result, while Warriors coach Todd Payten and CEO Cameron George have discussed the potential of approaching Williams, Payten doesn't expect Williams to be pulling on a Warriors jersey in 2020.

"There's a few things that are going to work against that. There's obviously cost and time. If we got the deal done within the week, they would have to get on a flight, they'd be in quarantine for two weeks and they would have to have at least two weeks of training under their belts to know that they can cover a game of NRL.

"By the time we probably only have four or five rounds left so we'll just have to weigh up whether it's worthwhile going down that avenue - let alone they being open to it. [There's also] the long-term decision whether it's better for us to get some time into our younger guys, which I'm probably leaning towards that way anyway."

With confirmation last week that Agnatius Paasi, David Fusitu'a, Ken Maumalo and King Vuniyayawa will be returning to New Zealand to be with their families after this Saturday's game against the Sydney Roosters, the Warriors have identified four or five potential players to bring in on loan, and Payten says that they have more pressing matters to attend to before considering signings from the Wolfpack.

"We still have a few outside backs we can lean on but if we get any more injuries we'll be very lean... we'll probably need players before they [Williams and Leutele] can join us."

Several other NRL clubs have expressed interest in signing Williams for the remainder of the season, and the Sydney Morning Herald reported the Roosters were aware of the latest Williams whispers as early as last month, but privately conceded if he could not play in the Super League he was likely to return home to New Zealand.