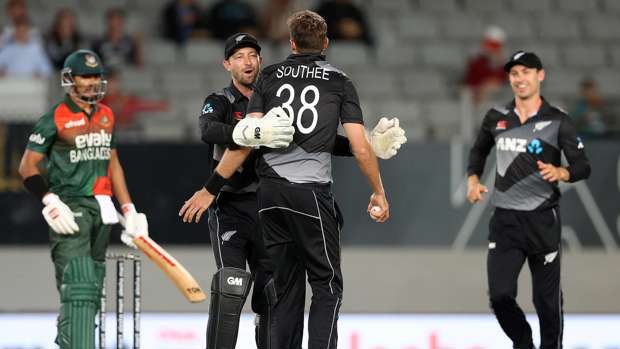 We've had Bodyline, The Mankad, and The Underarm, now prepare for another cricketing development which could leave purists asking "Howzat?"

According to reports, a move is afoot in the English game to scrap the term "wickets" and replace it with "outs" for their new competition, The Hundred, which starts in July.

It means a team could be described as having "100 runs for two outs", or a bowler took "five outs for 45 runs".

Market research has apparently revealed one of the biggest barriers for new supporters is cricket's complex terminology.

The traditional term 'batsmen' could also be replaced with 'batters'.

"The Hundred is designed to make cricket accessible to everyone, and research shows that the language of the game can sometimes be a barrier," a spokesperson for the tournament told the BBC.

"Along with our broadcast partners, we want The Hundred to open cricket up to more people, as well as entertaining existing fans, so we're discussing the clearest ways of explaining the game, but nothing's been finalised."