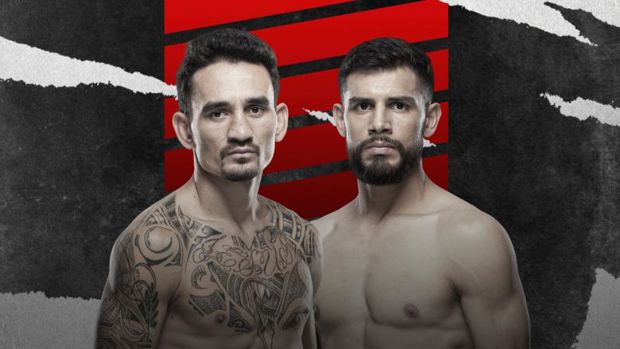 ACC UFC contributor Felix Heath-Collins with everything you need to know ahead of UFC Fight Night: Holloway vs. Rodríguez.

The last fortnight has been among the best fortnights in MMA history. Firstly UFC 267 saw Kamzat Chimaev submit "The Leech" Li Jingliang, Islam Makhachev submit Dan "The Hangman" Hooker, Petr "No Mercy" Yan win the interim bantamweight title against Cory "Sandman" Sandhagen, and Glover Teixeira becoming the oldest first-time UFC champion at 42-years old when he submitted former champion Jan Błachowicz. Under a week later we had Bellator 270 from Dublin, Ireland and with that a devastating KO/TKO of the hometown hero Peter Queally by the older Pitbull brother, Patricky "Pitbull" Freire. And finally, last weekend was the impeccable UFC 268, which saw six straight finishes (KO/TKO or submission) through the prelims, before Justin "The Highlight" Gaethje won a fight of the year decision against "Iron" Michael Chandler, "Thug" Rose Namajunas bested her Chinese rival Zhang "Magnum" Weili again to defend her strawweight title, and, finally, Kamaru "Nigerian Nightmare" Usman once more defeated the villainous Colby "Chaos" Covington to defend his welterweight belt. And now, as we near the end of the MMA year, we've been spoiled rotten. So it's inevitable that the upcoming run of average fight night cards could underwhelm us fight fans. The main card headliners should be great, at the very least

Max "Blessed" Holloway (22-6) (wins-losses) was for the longest time considered the best featherweight champion of all time, beating the former best José Aldo "Junior". That was before he lost back-to-back decision against the current featherweight champion and all-time great from Australia, Alexander "The Great" Volkanovski. At his peak, though, the Hawaiian went on a 13-fight win streak against the best of the best at featherweight. In that devastating run through the division, Holloway guillotined Andre "Touchy" Fili and "Killer" Cub Swanson, he TKO'd current lightweight champion Charles "Do Bronx" Oliveira, he won decisions over Jeremy "Lil' Heathen" Stephens and Ricardo "The Bully" Lamas, he KO/TKO'd Anthony "Showtime" Pettis, he won the title from Jose Aldo "Junior" via TKO, and subsequently defended it against Aldo with another TKO, before finally earning a TKO over Brian "T-City" Ortega in what was then a record beat-down (Holloway set a record 290 significant strikes, which he himself broke against Calvin Kattar early this year with a record 445 significant strikes). Simply put, Max Holloway is "Blessed" with god-tier striking skills.

Yair "El Pantera" Rodríguez (14-2) has all of Holloway's dramatic striking flair, even if he lacks the elite fundamental base that Holloway has built around his significant striking skill. Rodríguez utilizes an impressively dynamic loadout of Taekwondo and Karate striking offence, along with decent boxing and submission/Brazilian Jiu-Jitsu as well. A flamboyant finisher at heart, Rodríguez has collected victories against Charles "Boston Strong" Rosa, Dan "The Hangman" Hooker, Alex Caceres and Jeremy "Lil' Heathen" Stephens via decision; against Andre "Touchy" Fili and "The Prodigy" BJ Penn via head kick KO/TKO; and, most impressively, an up-elbow KO of "The Korean Zombie" Chan Sung Jung with only a second remaining in their five-round war, which all but guaranteed knockout of the year honours back in 2018, and is still one of the best finishes in MMA history.

It seems obvious that Max "Blessed" Holloway's extremely polished overall MMA game will pull him through with a hard-fought victory against the Mexican ninja Yair Rodríguez. It's so obvious, in fact, that Holloway is currently an almost 6-1 (-600) favourite to win. That means a $600 bet on Holloway winning would net a return of only $700 ($100 profit for $600 risked) should he win. That's because Holloway only increases in pace, accuracy and damage output as the fight goes on. Rodríguez, on the other hand, is so fluid and dynamic that his skills in any single area shouldn't be enough to defeat the supremely well-rounded Hawaiian Holloway.

For us here in New Zealand, the fight night main card starts this Sunday at 10:00 AM, while the prelims begin a few hours earlier at 7:00 AM. Enjoy the fights!