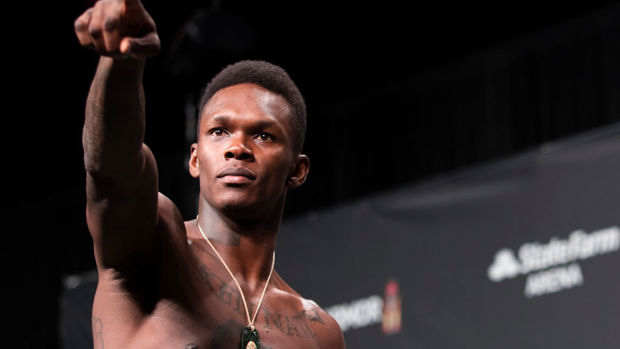 In the lead-up to the Kelvin Gastelum vs. Jared Cannonier fight a few weeks ago, I said that Gastelum had inflicted the most damage on Kiwi-trained middleweight champion Israel "The Last Stylebender" Adesanya in their war of a title fight. In MMA, that is. As I referenced then, Adesanya's real arch-nemesis is the kickboxer Alex "Poatan" Pereira.

Granted, Alex Pereira is only provably superior to "The Last Stylebender" at pure kickboxing. But Adesanya has already beaten four of the top five contenders at middleweight (Robert Whittaker, Paulo Costa, Derek Brunson, and Marvin Vettori), Pereira is the most exciting and scary match-up for the massively popular middleweight champion.

Here's where things get truly terrifying for Adesanya: just a week ago the UFC signed Alex Pereira to their middleweight division. He's scheduled to fight on the prelims of UFC 268 on November 7th against Andreas Michailidis.

Alex Pereira has quite the list of UFC opponents to beat before he can even sniff the title shot against Adesanya. He has to beat a top-15 ranked opponent at middleweight and keep climbing the divisional rankings until he's in the coveted top-5 pool of potential title contenders. Or he could get on UFC president Dana White's good side and skip the queue (like Colby Covington, who seemingly gets welterweight title shots for simply supporting Donald Trump, Dana White's longtime friend).

However long it takes for the terrifying fight between Israel Adesanya and Alex Pereira to eventually be booked, there's an in-built narrative of revenge for Adesanya that the UFC would be foolish not to capitalise on.

Their MMA rematch could be years away, and I already can't wait.

In other, weirder news the disgraced former US President Donald Trump is debuting as a boxing commentator this weekend! In a story that just gets weirder and weirder, the headlining fight will be a boxing match between 58-year-old heavyweight boxing legend Evander "The Real Deal" Holyfield and 44-year-old MMA legend Vitor Belfort. How do you make a boxing bout between two seniors even more depressing? Schedule it for the 20th anniversary of the 9/11 terrorist attacks, and put Donald Trump on the commentary team. Sad.