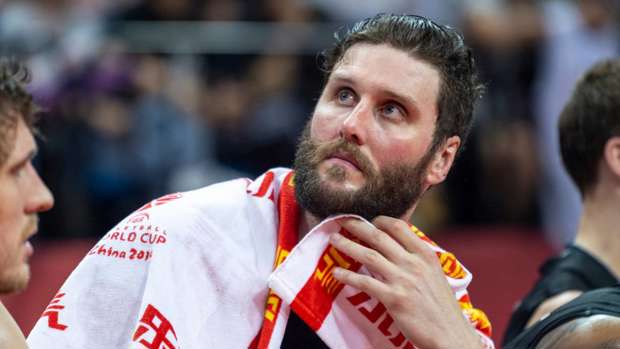 Former Tall Blacks and Breakers centre Alex Pledger has been diagnosed with cancer.

The 34-year-old Southland Sharks star had been feeling unwell for nearly five months and underwent a series of tests with several medical professionals that returned inconclusive results.

After falling ill again last week, Pledger was admitted to hospital where he underwent further tests and was diagnosed with colorectal cancer.

Specialists believe he may have been battling the cancer for a number of years.

Pledger says he's taken the news well and is optimistic about beating the disease.

"Obviously this has been a shock. Early tests are showing positive signs and I'm feeling really good about our plan to beat this," Pledger said in a statement.

"I feel extremely lucky that this has been discovered at the stage that it has. I'm really grateful for the medical team, my family and the wonderful support I'm already receiving from the basketball community."

The man affectionately known in basketball circles as 'Chief' says he hasn't given up on returning to the court.

"I'm looking forward to the future and hopefully getting back on court."

Pledger will begin radiotherapy over the next week, with his initial treatment plan expected to go for six weeks.

In a statement, the Sharks said: "Like the whole basketball community, we have been floored by Alex's diagnosis, but we have quickly moved to support Chief, Bailee and their family any and every way we can.

"We know they couldn't be in a better place to meet this challenge head-on with the support of our Sharks family.

Alex will remain an integral part of our playing roster for the 2021 Sal's NBL season and we thank our fans and community in advance for their support and for respecting their privacy at this time."

Pledger has been a veteran of the sport in New Zealand since his debut for the Breakers in 2009.

He has won four ANBL titles with the Breakers and was a stalwart for the Tall Blacks at the centre position.