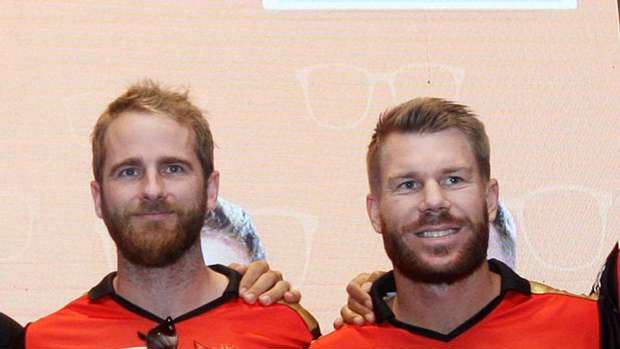 Hyderabad sit bottom of the IPL after six games with just one win to their name.

"The decision has not come lightly as the management respects the enormous impact David Warner has had for the franchise over a number of years," the Sunrisers statement.

"As we face the remainder of the season, we are sure David will continue to help us strive for success both on and off the field."

Williamson has previously captained the franchise in 2018 and 2019 when Warner stepped down from the role in the wake of the ball-tampering scandal in South Africa.

Warner's axing comes a day after he claimed "full responsibility" for the side's latest defeat to the Chennai Super Kings.

He scored 55 from 57 balls at the top of the order before Williamson and Manish Pandey scored quick runs as the Sunrisers made 171 for three, which Chennai chased down with nine balls remaining.

"I was hitting a lot of fielders and [was] very, very frustrated... Look I take full responsibility from a batting point of view. I felt [that with] Manish coming back into the team, the way that he batted was exceptional. And obviously Kane [Williamson] and Kedar [Jadhav] towards the back end there, they put some boundaries away and got us to a respectable total. I felt that we were probably just below par from where we were. But yeah look, at the end of the day, I'll take full responsibility."