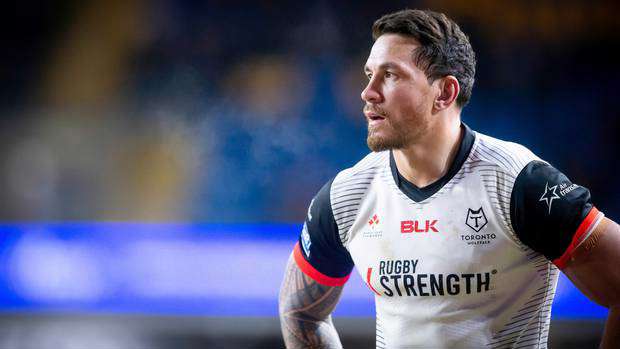 Sonny Bill Williams has broken his silence about his return to the Sydney Roosters, saying he's "excited" by the challenge of playing in the NRL again.

Williams is reportedly set to arrive in Australia on Thursday and begin a 14-day quarantine before joining his old club for the remainder of the season, in a reported $150,000 two to three month deal.

Speaking to Channel 9's The Today Show, the 34-year-old opened up on phone calls with his mates at the Roosters which prompted his imminent return to the NRL.

"Everyone knows it's no secret I'm pretty close with the lads at the Roosters – Nick [Politis] and Trent [Robinson] – I keep in contact with them," Williams said.

"Trent gave me a call and enquired about what was happening over here and Nick hit me up and asked if I had a couple of months in me to come back."

Williams admitted he wasn't expecting the call and that he wasn't in peak playing condition.

"I had to be honest. I hadn't trained for a bit, I'd been on holiday mode. We actually booked flights for a little family European holiday.

"It's just the challenge [of playing in the NRL again]; the challenge that I get excited about. It lights that fire inside of you."

#BREAKING: Sonny Bill Williams has broken his silence on his spectacular return to the NRL - saying he's excited by the challenge of rejoining the Roosters. @Danny_Weidler #9News #9WWOS #NRL pic.twitter.com/12ZdQBhV7n

In another interview with the Daily Telegraph before leaving for Australia, Williams admitted he was also "nervous" and had doubts about his Roosters return.

"I am nervous," he said before jumping on a flight back to Sydney.

"I haven't been training, I started thinking about my age.

"At nearly 35 I've had a couple of injuries and surgery.

"Sometimes I question myself about what I'm doing.

"There was 24 to 48 hours and I was just lying in bed and thinking man, all these factors are stacked against me."

"The biggest challenge is trying to make the squad," he said. "There's world-class players at the Roosters. I just can't walk in and take a spot.

"The other boys will have been in the competition for 14 or 15 weeks. It's a massive challenge."

It’s been a crazy few days in our household. One minute we’re settling the kids into schools over here, next minute we’re travelling home. No matter what the next chapter holds as long as we have Allah in our hearts we’ll be fine. #AlwaysAlhamdullilah #ExcitedForQuarantine 🥴🤣 pic.twitter.com/fPxLSzZl1p

Meanwhile, his future with the Toronto Wolfpack is still up in the air after the Canadian club withdrew from the Super League midway through its first season in Europe's top-tier competition because of financial challenges caused by the pandemic.

His NRL return was previously delayed as he required an exemption from the NRL in order to hold two league contracts at the same time.

Williams won the NRL title during a two-season stint with the Roosters back in 2013, where he scored 11 tries in 45 games.

After completing his mandatory quarantine, Williams would be free to make his first appearance for the Roosters in the August 22 clash with Wests Tigers.