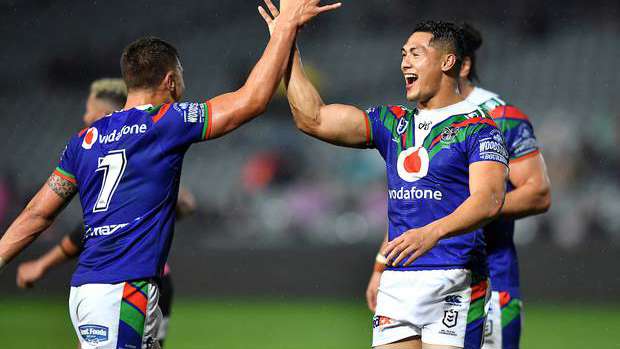 Telecommunications giant Telstra has made a sensational U-turn in its decision to force out the Warriors' main sponsor - less than 24 hours after it was revealed that Vodafone would not be permitted to sponsor the embattled NRL club after this season.

As first reported by the Herald, the move was sparked by the NRL's enactment of an exclusivity clause which protects Telstra, the competition's major sponsor, from any competition - and was set to cost the Warriors at least $1 million a season.

Vodafone has been the Warriors' naming rights sponsor for 22 years but would likely have been forced to walk away from the club at the end of the season, despite still having two years on the existing contract.

The NRL's decision prompted a public outcry on Tuesday, however, with NRL legend and new Warriors consultant Phil Gould warning that rival clubs would "back the Warriors" in any dispute with the NRL.

In a statement on Twitter on Tuesday night, Telstra said it had made the decision to allow the Warriors to extend their partnership with Vodafone.

"Our sporting clubs are feeling the pinch right now and many, like the Warriors, have stepped up to support their fans and the game," the statement said.

"While our naming rights sponsorship is a big investment from us in the game and should be protected in the long term, now is not the time to be taking money out of the sport.

"Just as we've extended our sponsorships that were due to expire for 12 months to support our partners, the Warriors have our support to extend their existing sponsorship too."

Warriors CEO Cameron George said NRL chief executive Andrew Abdo confirmed to him that they had "reconsidered their position".

George would not speculate on what the long-term implications were, but is delighted Vodafone can continue as full naming rights sponsor in the immediate future.

"We're extremely appreciative to Telstra and the NRL - we can all get on with growing the game," he said.

"The whole situation with Covid-19 has been difficult for everyone.

"It was stressful enough for us without this going to happen. We draw a line and move on - it's just a memory now. It's fantastic for the club and our fans."

Vodafone spokesman Rich Llewellyn said it was "bloody great that the NRL and Telstra have found a way through this".

It was excellent news for the club, which had enough to deal with at the moment without having a major sponsorship problem on its hands.

He had only seen the Telstra tweet and not been given official confirmation when contacted by the Herald. Vodafone was still interested in how the NRL would deal with what was being portrayed as a tricky commercial conflict.

But Vodafone would love to continue on with its current naming rights deal with the Warriors, which ends in 2022.

"Kudos to the NRL and Telstra for doing what is right for the game," he said.

"And we are very pleased for the Warriors and their fans. It's awesome.

"We don't want to comment too much before we have seen all the details. But we'll definitely see our contract through until the end of 2022."

The Warriors are 12th on the NRL table after winning just five games so far in a turbulent season that has seen them relocate to Australia due to the Covid-19 pandemic.

In June the club sacked head coach Stephen Kearney, before recently being snubbed when they offered the role to interim coach Todd Payten.